Air Changes per Hour (ACH): An expression of ventilation rates – the number of times in an hour that a home’s entire air volume is exchanged with outside air.

Air barrier: A layer of material resistant to air flow usually in the form of polyolefin (i.e. Typar®, Tyvek®, and other house wraps). A material which is applied in conjunction with a building component (such as a wall, ceiling or sill plate) to prevent the movement of air through that component.

Air barrier system: The assembly of components used in building construction to create a plane of air tightness throughout the building envelope and to control air leakage.

Blowing agent: A gas or a substance capable of producing a gas used in making foamed materials.

BTU British Thermal Unit: The amount of energy that is required to raise 1 lb. of water up 1° F

BTUH: A rate of energy transfer – can be expressed as BTUs/hour

Capillary Action: Capillarity The movement of liquid within a material against gravity as a result of surface tension.

CFC (Chloroflourocarbon): Any of various halocarbon compounds consisting of carbon, hydrogen, chlorine, and fluorine, once used widely as aerosol propellants and refrigerants. Chlorofluorocarbons are believed to cause depletion of the atmospheric ozone layer.

Conduction: Transmission of energy (heat/sound) through a material or from one material to another by direct contact. Materials with low rates of conductive heat transfer make good insulation.

Convection: Transmission of energy (heat/sound) from one place to another by movement of a fluid such as air or water.

Density: Determined by the weight expressed in pounds of a cubic foot of spray foam.

Dew Point: The temperature at which a vapor begins to condense.

Diffusion: The movement of water vapor from regions of high relative humidity (RH) toward regions of lower RH driven by a higher to lower temperature differential.

Exfiltration: Uncontrolled leakage of conditioned air from inside the home to the outside.

Flame Retardant: A substance, which is added to a polymer formulation to reduce or retard the tendency to burn.

Flame Retarded (Adj.): The property of a material to which flame-retardant has been added.

Flammability: Relative ability of a material to support combustion as expressed by its flash point.

Heat loss: Heat that is lost from a building through air leakage, conduction and radiation. To maintain a steady interior temperature, heat losses must be offset by a combination of heat gains and heat contributed by a heating system.

HCFC (Hydrochlorofluorocarbons): are compounds containing carbon, hydrogen, chlorine and fluorine. They have shorter atmospheric lifetimes than CFCs and deliver less reactive chlorine to the stratosphere where the “ozone layer” is found.

Humidistat: A humidity sensitive control device that signals the ventilation system to operate if the humidity goes above a preset limit.

Hydrophobic: Having no affinity for water; not compatible with water. “Water fearing”

Infiltration: Uncontrolled leakage of air into a building through cracks around doors, windows, electrical outlets and at structural joints.

Insulation: Materials with low thermal conductivity characteristics that are used to slow the transfer of heat.

Isocyanate (MDI): One of a group of neutral derivatives of primary amines (R-N=”C=O)” groups. An essential component (A) of spray foam chemistry.

Material Safety Data Sheet (MSDS): A standard formatted information sheet, prepared by a material manufacturer, describing the potential hazards, physical properties, and procedures for safe use of a material.

Permeability: The time rate of water vapor transmission through unit area of a material of unit thickness induced by unit vapor pressure difference between two specific surfaces, under specified temperature and humidity conditions.

Radiation: Transfer of energy (heat/sound) from one object to another through an intermediate space. Only the object receiving the radiation, not the space is heated. The heat is in the form of low frequency, infrared, invisible, light energy, transferring from a “warm” object to a “cold” object. It is known as the “black body effect”.

Relative Humidity: The ratio expressed as a percentage of the amount of moisture air actually contains to the maximum amount it could contain at that temperature.

R: A unit of measurement of resistance to heat flow in hr. ft2 ° F/BTU.in.

Retrofit: The modification of an existing building or facility to include new systems or components.

Thermostat: Temperature sensitive control device that signals a heating or cooling system to operate if the temperature in the building reaches a preset limit.

Thermal Barrier: A material applied over insulation, to slow the temperature rise of the foam during a fire so as to delay its involvement in the fire.

Thermal Bridge: A thermally conductive material which penetrates or bypasses an insulation system; such as a metal fastener or stud.

Thermal Resistance (R): An index of a material’s resistance to heat flow. See R and RSI.

Thermography: A building energy diagnostic technique using an infrared camera for locating areas of temperature differential in a building.

U-Value: Overall thermal conductance. U value is equal to the inverse of the sum of the R-values in a system (U = 1 /R total).

Vapor Retarder/Barrier: A layer of moisture resistant material usually which controls moisture diffusion (defined as less than 1 perm) to prevent moisture build up in the walls.

Viscosity: The thickness or resistance to flow of a liquid. Viscosity generally decreases as temperature increases; application temperatures of spray foam components are specified in part, to control viscosity at the spray gun.

We are accepting Crypto payments via Coinbase Commerce 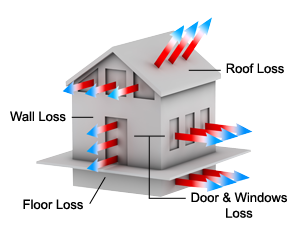 Contact us for "Free Estimate" and see what plans might be avaialbe from the state to help you be more comfortable and save on energy cost.

Call us or press the button below 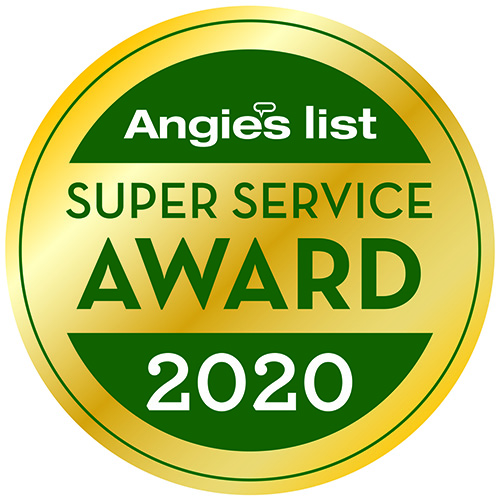